Friday 10th January sees our first night at Oldham St Anne’s RLFC and  we’ve pulled out all the stops to bring you the very funniest in UK comedy! 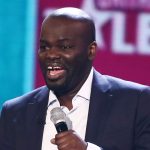 Although now best known for reaching the finals of Britain’s Got Talent Daliso Chaponda first started cracking jokes in Canada, then moved to South Africa but has now been resident in the UK for over ten years. Daliso originally wanted to become a vicar but his love of earthly pleasures made comedy a much   more sensible choice. In the space of a few days he once performed in a Birmingham strip club followed by a Christian festival which is testament to his broad appeal. Daliso now tours internationally as well as having a highly acclaimed BBC Radio 4 series and various other projects. We are delighted to have Daliso  headline at St Anne’s!

Star of films such as I, Daniel Blake, Fisherman’s Friend and The Keeper Dave Johns was an inventive, exciting and extremely funny comedian long before he 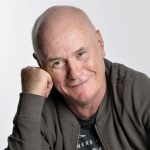 landed the ‘day job’ as a film star! Dave has won applause from his audiences, respect from his fellow comics and rave reviews from the critics.

” He shifts from the sublime, to genius, to uproar in the blink of an eye – extremely entertaining.”   The Guardian

Sarah Callaghan (★★★★★ The Mirror“A refreshing working-class comedy voice” ★★★★ The Herald) and MC Rob Riley complete what will be a hilarious evening!