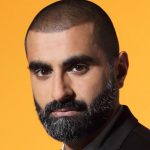 Certainly no stranger to Upperthong,  Justin Moorhouse will be returning to open the show. From Live at the Apollo, The News 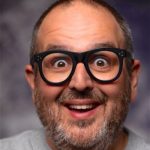 Quiz and Fighting Talk. A natural affability endears everyone’s favourite northern charmer to any audience and an arsenal of tightly written material firmly hedges the bet.

Compere for the evening is Rob Riley and Jack Topher completes another fine line up.

Please note We want all our customers to have a great night so we ask you to turn off your mobile and not to chat when the acts are on stage. Anyone deemed to be spoiling the enjoyment of others will be asked to leave without refund. As comedians material is copyright any form of video or audio recording is strictly forbidden.