A comedy night in spring is now something of a tradition in the North Yorkshire village of Elvington and we’ve pulled out all the stops on this timeline!  The fun starts at 8.30pm and admission is £12 on the door (if tickets left) or £10 in advance from Elvington Village Stores or The Grey Horse. Further information on 07967 473 533 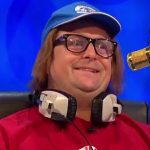 Whether he’s alongside Susie Dent on Countdown’s Dictionary Corner, starring in BBC1’s Hospital People or wowing the crowds at   Glastonbury Festival,   Ivan Brackenbury’s Hospital Radio Roadshow has taken the UK by storm. Nominated for comedy’s   highest accolade at the 2007 Edinburgh Fringe Festival, The Times declared it ‘the funniest show at the Fringe’. Ivan’s outside broadcast  for the patients of a hospital radio station captures all the fun and excitement you’d expect from being in hospital, with games, give aways, patients requests and his special blend of music and chat. Wickedly funny.

Alun Cochrane is a no-nonsense comedian who specialises in funny nonsense. Much of his comedy begins simply as something he’s 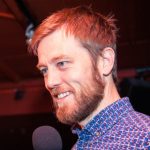 seen, heard or felt in his own life, or in the street, or the kitchen, or anywhere and from that it blossoms into a highly amusing anecdote or a strange flight of fancy.

TV appearances include Michael McIntyre’s Comedy Roadshow, Soccer A.M, Live At The Comedy Store and he’s often seen on 8 Out of 10 Cats and Mock The Week. He can be heard on Frank Skinner’s Absolute Radio Show every Saturday morning from 8am and regularly on Radio 4 with credits including The Now Show, Just A Minute, Dilemma, Loose Ends, and Lee Mack And Friends.

“Rarely have such random musings been elevated to this level of hilarious artistry.” The Scotsman

“By the end of the show, some people in the audience literally can’t stop laughing.” The Independent

Please note.  We want all our customers to have a great night so we respectfully remind you to turn off your mobile and refrain from talking whilst the show is in progress. As comedians material is copyright any form of video or audio recording is strictly forbidden. Strong language and adult themes throughout. Acts subject to change. Fully seated.