Stalybridge Comedy Club launches on Thursday 7th March with a phenomenally funny line up! Tickets are going to be in high demand so book now to avoid disappointment 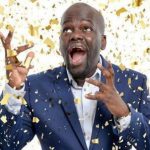 Although now best known for reaching the finals of Britain’s Got Talent Daliso Chaponda first started cracking jokes in Canada, then moved to South Africa but has now been resident in the UK for over ten years. Daliso originally wanted to become a vicar but his love of earthly pleasures made comedy a much more sensible choice. In the space of a few days he once performed in a Birmingham strip club followed by a Christian festival which is testament to his broad appeal. Daliso now tours internationally as well as having a highly acclaimed BBC Radio 4 series and various other projects. We are delighted to have Daliso headline the first ever Stalybridge Comedy Club

The good folk of Stalybridge will also be treated to Sheffield’s Tom Wrigglesworth as their opening act! Tom is best known for his live storytelling shows 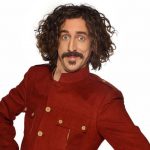 and Sony Award winning BBC Radio comedy programmes which take a comical and emotional look at family relationships. Alongside his comedy work, he’s used his engineering background to become a natural and engaging presenter for BBC Television and The Discovery Channel.

Please note All acts are subject to change and tickets are sold on that basis.  Strong language and adult themes. Fully seated. We want all our guests to have a great night so we ask you to consider those sat around you by turning off your mobile and refraining from talking whilst the show is in progress. As comedian’s material is copyright any form of audio or video recording is strictly forbidden.