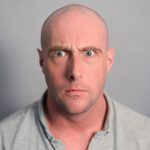 David Longley’s towering stage presence and intensity, combined with his cutting wit have made him one of the most popular circuit comics in the UK,       whether it’s doling out thought-provoking insights or reveling in toilet humour, Longley is a gifted wordsmith with great audience interaction skills. Longley has a humble silliness which ingratiates him to audiences, he delivers deadpan accounts of his everyday life which are shockingly honest, well considered and divinely funny, maintaining a rapport with the audience that is at once edgy and accessible, engaging the whole room.

The good folk of Rochdale will also be treated to Sheffield’s Tom Wrigglesworth as their opening act! Tom is best known for his live storytelling shows and 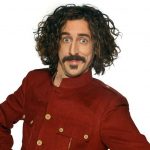 Sony Award winning BBC Radio comedy programmes which take a comical and emotional look at family relationships. Alongside his comedy work, he’s   used   his engineering background to become a natural and engaging presenter for BBC Television and The Discovery Channel.