Once again we’re  raising funds for Cheshire Stars Netball Club! A full evening of live stand up comedy followed by a DJ! Friday 16th October 2020 is the date for your diary and we’ve moved from the British Legion to the Victoria Hall!

Click here now to book online via We Got Tickets 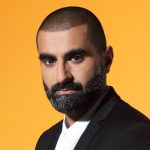 From Channel 4’s ‘The Tez O’Clock Show’ we have the man himself, Tez Ilyas. In his first three years as a   comedian he found himself  in the finals of no less than eight comedy competitions, within a few years he won   the BBC New Comedy Award and 2017 saw him   embark on his first tour. TV appearances include  Mock the     Week, The Last Leg, Live From the BBC and Live from the Comedy   Store. Tez also regularly pops up on Radio 4. 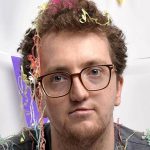 appearance. Having been happy with how he looked this came as a shock but has lent itself to one of the funniest, most distinctive and ultimately heart warming comic routines for many a year and the comedy industry has firmly concurred on this diagnosis making Jonny a Chortle Best Newcomer Nominee and Judges Choice in the BBC New Comedy Awards.

Eddie Fortune and MC Rob Riley complete what will be another hilarious evening!