After the success of our New Year’s Eve Comedy Evening here at Revolution, Torquay   we thought you might like another.  So, we’re bringing comedy back to Torquay on Easter Sunday 21st April!

Online booking here soon via We Got Tickets

Meal deal?  Choose from a Blackened Chicken Burger, Cheeseburger or Chicken wrap all served with chips or Beetroot Burger and salad (V/VE). Meal deal is phone booking only on 01803 229502 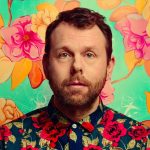 Michael Legge is a London-based Northern-Irish stand-up comedian and television host. He has written for the BBC, ITV, Channel 4, MTV, VH1 and other media, and has appeared in numerous venues throughout the UK as well as in Australia, USA, Canada, Singapore, the Netherlands, Germany and Dubai. And now Torquay,   Legge has also performed warm-up for television shows such as 8 Out of 10 Cats, Would I Lie to You? and many others. In 2014, Legge appeared in the second     series of Stewart Lee’s  Alternative Comedy Experience. 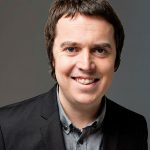 compared him to the late Tony Hancock.  Paul’s assured delivery and beautifully observed material lead to bizarre flights into silliness and darkly gleeful rants. Television executives were quick to notice Paul’s talent and he regularly appears on BBC’s ‘Impractical Jokers’ as well as ‘Russell Howard’s Good News’ and Comedy Central

Your host and compere for the evening is Luke Honnoraty and Louise Young rounds off another hilarious evening!