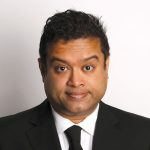 A trained medical doctor who is perhaps best known as the Sinnerman on the hugely popular quiz show The Chase, Paul Sinha has been a successful   comedian for a number of years. Paul has played every major comedy club in the UK, performed in eighteen other countries across the globe, and been three   times nominated for Best Club Comedian at the Chortle Awards, winning in 2014.

Now best known as star as William Shakespeare’s manservant Bottom in Ben Elton’s  sitcom Upstart Crow, Gawsworth born Rob Rouse has been a firm favourite on the UK and international comedy circuit’s for many a year. 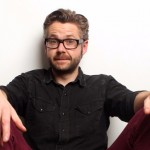 A natural performer, Rob has many voices in his head and, when unleashed, his shows become more like a hysterically funny play than one man telling very funny tales. TV includes 8 Out Of 10 Cats, Spoons, The Friday Night Project, Grown-Ups and Comedy Shuffle with Rob Rouse.

Compere for the evening is Rob Riley

PLEASE NOTE: Very strong language and adult themes. For the enjoyment of all our customers we ask you to turn your mobile off and refrain from talking once the show is up. Anyone deemed to spoiling the enjoyment of others will be asked to leave without refund.