The Fleece Inn, Barkisland is a stunning pub, restaurant and wedding venue situated in the Ryburn Valley, Calderdale and we have been booking and producing their comedy nights for several years now. We’re bringing comedy back to Barkisland on Sunday 15th September 2019. 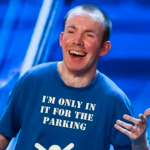 Lost Voice Guy speaks via his iPad due to cerebral palsy.   After watching Ross Noble perform a lengthy set about Stephen Hawking,     Ridley threw down a challenge that he could do the better impression. Noble found this so funny he incorporated it into his act and this   spurred Lee on to get on stage himself.  The results have been overwhelming with several TV appearances, guest writing on Ricky   Gervais’ show ‘Derek’, winning the BBC New Comedy Award and, of course, winning 2018’s Britain’s Got Talent.

Although best known to Channel 5 viewers for his presenting work, Stephen Bailey is fast making a name for himself as a stand up 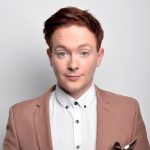 comic.   This proudly working-class, ginger, gay, northerner employs a warm, chatty style that cloaks a sharp,   barbed wit but pulled off with an amiable charm so genuine that no one feels they are the butt of the joke.

Please note We want all our customers to have a great night so we ask you to turn off your mobile and not to chat when the acts are on stage. Anyone deemed to be spoiling the enjoyment of others will be asked to leave without refund. As comedian’s material is their own personal copyright and form of video or audio recording is strictly forbidden.