Saturday 9th March sees us return to Tameside Stadium and, once again, we’ll be raising funds for Curzon Ashton Juniors FC  into the bargain too! 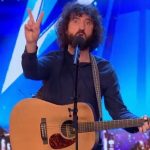 Britain’s Got Talent finalist Micky P Kerr has been hotly tipped for stardom Leeds-based comedian, musician and social   commentator has been described as the bastard son of John Cooper Clarke and fuses together music, spoken word and comedy while   keeping his tongue planted firmly in his cheek.

Now best known as star as William Shakespeare’s manservant Bottom in Ben Elton’s  sitcom Upstart Crow, Gawsworth born Rob   Rouse has been a firm favourite on the UK and international comedy circuit’s for many a year.    A natural performer, Rob has many 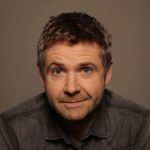 voices in his head and, when unleashed, his shows become more like a hysterically funny play than one man telling very funny tales. TV includes 8 Out Of 10 Cats, Spoons, The Friday Night Project, Grown-Ups and Comedy Shuffle with Rob Rouse.

Compere for the evening is Rob Riley and the hotly tipped Jack Gleadow completes another excellent evening!

Please note. Strong language and adult themes throughout. Acts subject to change. Fully seated. Strictly over 18’s. We want all our customers to have a great night so we respectfully remind you to turn off your mobile and refrain from talking whilst the show is in progress. As comedians material is copyright any form of video or audio recording is strictly forbidden.