Monday 24th June sees a brand new night of comedy launching at Mecca Knotty Ash. Whether you will be downing your dibber to join us after a game or you’re just coming here for the comedy we can guarantee you a great night! 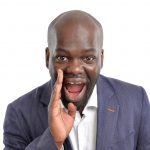 Although now best known for reaching the finals of Britain’s Got Talent Daliso Chaponda first started cracking jokes in Canada, then moved to South   Africa but has now been resident in the UK for over ten years. Daliso originally wanted to become a vicar but his love of earthly pleasures made comedy a much   more sensible choice. In the space of a few days he once performed in a Birmingham strip club followed by a Christian festival which is testament to his broad   appeal. Daliso now tours internationally as well as having a highly acclaimed BBC Radio 4 series and various other projects. We are delighted to have Daliso   headline at Knotty Ash.

Archie Kelly is best known for his comic portrayal of Kenny “Dalglish” Senior in the award winning Peter Kay’s Phoenix Nights. However, it is a live 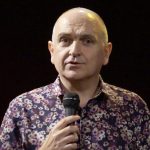 performer that Archie excels. He continues to act and perform regular stand-up and is in much demand on the corporate circuit. A   cheeky, inoffensive and   highly interactive style has endeared him to audiences both here and overseas.

Your host and compere Rob Riley completes what will be an excellent evening!