Gatley will be treated to another night of hilarious laughter on Friday 28th June when we host our third evening of all that’s funniest in live, stand up comedy in the Gatley Festival marquee. Our last two shows sold out in advance so don’t hang about! 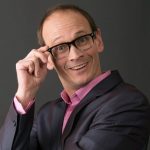 Steve Royle (Phoenix Nights, Max & Paddy, Stand-up Britain etc) has performed everywhere from Camelot theme park to the Royal Variety Performance.      Deftly mixing comedy with juggling and song he also holds the world record for balancing an ironing board on his foot. 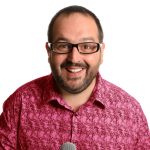 Justin Moorhouse From Live at the Apollo, The News Quiz and Fighting Talk. A natural affability endears everyone’s favourite   northern charmer to any audience and an arsenal of tightly written material firmly hedges the bet.

Despite being a relative newcomer Jamie Hutchinson is causing something of a stir on the UK comedy circuit with his silly, funny, 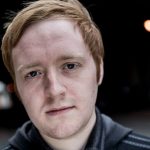 fresh and distinctive approach or as Jamie himself puts it;  “Feeding off people’s laughter because my dad never hugged me.” 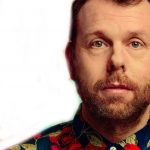 Compere for the evening is Belfast’s Michael Legge who is one of the very best in the business and also     warm-up for television shows   such as 8 Out of 10 Cats, Would I Lie to You? and many others.

“Without doubt one of the best comperes and improvisers on the circuit.” Time Out

Flaps open 7.30pm Show starts 8pm prompt. £20. Strong language and adult themes. All acts subject to     change. Fully seated. Over 18’s. For the enjoyment of all our customers we ask you to put your mobile on silent and refrain from talking once the show is in progress.