Cheadle Hulme will be filled with the sound of laughter on Friday 16 October when we return for yet another of  Manchester Rugby Club‘s fine, fine comedy evenings! 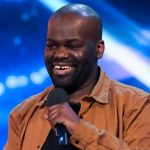 Although now best known for reaching the finals of Britain’s Got Talent Daliso Chaponda started cracking jokes in Canada, then moved to South Africa but has now been in the UK for over ten years. Daliso originally wanted to become a vicar but his love of earthly pleasures made comedy a much  more sensible choice.  Daliso has performed everywhere from strip clubs to christian conferences abd now tours internationally as well as having a highly acclaimed BBC Radio 4 series. We are delighted to have Daliso headline at Manchester Rugby Club!

Winner of a Time Out Comedy Award and a Perrier Award nominee, Boothby Graffoe is a very tall comedian from Hull named after a 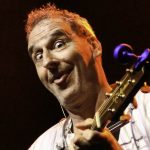 Lincolnshire village. He tells great gags, ranging from the political to the silly and surreal, delivers great anecdotes and isn’t afraid to treat the audience to at least one song.

‘May not yet carry the same kudos as Ross Noble or Johnny Vegas but, at his best, Boothby can leave them stumbling on the starting blocks.’    The Scotsman

Doors 8pm Show 8.30pm £12 on the door or £11 in advance from the venue. Strong language and adult themes. All acts subject to change. Fully seated. Strictly over 18′s

Please note – We want all our guests to have a great night so we ask you to turn off your mobile and not to chat when the acts are on stage. Anyone deemed to be spoiling the enjoyment of others will be asked to leave without refund. As comedians material is their own copyright any form of video or audio recording is strictly forbidden.