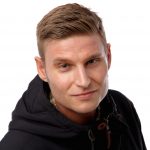 Scott Bennett has a warm and engaging delivery and, like most of his fellow Yorkshiremen, an undeniable no nonsense logic. Wry observations on the absurdity of 21st century life underpin tightly written routines. Scott was recently asked to support Michael McIntyre at London’s Duchess Theatre alongside Russell Kane. Weare delighted that Scott is bringing comedy to Bramhall!

A first class guitar-wielding comedian with a captivating voice and wickedly dry sense of humour.  Andy Askins has an expertly crafted routine littered with an eclectic mix of offbeat c 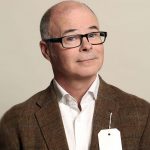 omic songs and parodies. Popular songs have been rewritten and given a perverse twist to tremendous comic effect. With impeccable timing, his inventive and quirky songs are peppered with inspired patter and the darker material is sweetened by his impish demeanour which never fails to leave audiences in the palm of his hand.

His subject matter is wide ranging; from his many bizarre relationships: “Some of them with humans” to an unfortunate mix-up over a colostomy bag with a Columbian drug baron in Miami docks.  TV includes The World Stands-Up for Comedy Central and The John Bishop Show.

David Longley is a difficult comedian to define; on the one hand, abrasive, crude and insulting and on the other, articulate, intelligent and disarmingly funny. 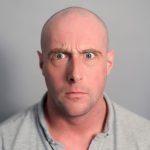 Longley’s towering stage presence and intensity, combined with his cutting wit have made him one of the most popular circuit comics in the UK, whether it’s doling out thought-provoking insights or reveling in toilet humour, Longley is a gifted wordsmith with great audience interaction skills.