After April’s sold out show at Cheadle Sports Club and we’re delighted to return on Friday 9th November 2018 when Cheadle & Trinity Cricket Clubs join forces to raise some cash for as well as having a hilarious night into the bargain! 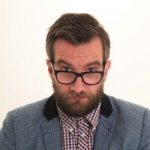 Paul Pirie‘s hilarity and comedic ability has earned him huge popularity with comedy goers across the world, gigging as far abroad as Australia. Paul’s work is   superbly individual and put simply, delivers a refreshing burst of laugh out loud comedy that leaves audiences in raptures. 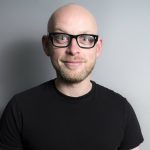 Dan Nightingale worked his way through university as the sound man at a comedy club but being actually on   the stage looked like so much more fun.. Fortunately, Dan turned out to be a natural performer and a brilliant   compere. Dan mixes cutting observation and raucous gags with high energy audience work and a natural playfulness that engages any crowd. Original,creative and totally unpredictable.

Dan was voted ‘Best MC’ in the 2015 UK Comedy Awards by fellow comedians, bookers and promoters

Simon Wozniak takes the trip up from Brum and Rob Riley is your compere for the evening. £10 Doors 7pm Show 8pm Fully seated. Strong language and adult themes. Acts subject to change.