Winner of the first ever Jongleurs Competition and a seasoned regular on the circuit, Susan Murray is one of the best female 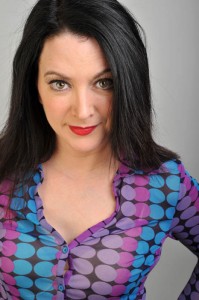 stand-ups in the UK and her warmth and razor-sharp wit are winning over new audiences for her growing fan base.

She is the only woman to MC British Army decompression gigs and is in the Huffington Post’s Top 100 Funny Women.

Susan works for the majority of promoters and clubs in the UK (Jongleurs, Highlight, Off The Kerb etc) and works internationally; Quatar, Dubai, Abu Dhabi, China, Malaysia, Indonesia, Germany, Luxembourg, Brussels and Ireland.

Her versatility means that as well as corporate gigs Susan works Biker Festivals and music festivals including Glastonbury, Bestival, The Big Chill, Reading, V, Endorse It In Dorset and Download.

As well as writing for “8 Out Of Ten Cats” (Ch4) , BBC Radio 4’s “The Now Show”, “Newsjack” and “News Quiz” she has written and performed four solo shows. At the other end of the scale she has toured the UK with Puppetry Of The Penis.

She regularly contributes to various comedy podcasts and radio. She books and MCs two comedy clubs in east London and is the organiser of the now legendary Comedian’s Christmas Party. Susan also runs and teaches her own comedy school in

“Cynicism that could fell a rhino at 1000 paces. Like it.” Al Murray   “A feisty comedy fireball of fun” Time Out

“Went on to prove that she is also one of the funniest women in Britain as she enthralled us all with her feisty Wolverhampton wit.” 100% Biker Magazine

“She has the mentality of a spiteful 14 yr old boy! Very admirable in a young lady!” Arthur Smith