Despite looking like he’s just stepped out of a Kays catalogue, Sean Meo has actually been a professional stand-up since 1989. Before that, like 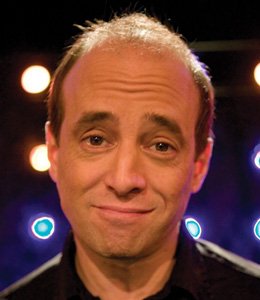 his namesake Tony, he was a full time snooker player and was a quarter finalist in the English Championships of 1987. Since then, he has risen to the very top of the UK comedy scene and is much in demands as both a stand-up and a writer.

On television, he has worked alongside and with such diverse names as Clive James, Jack Docherty and Jimmy Tarbuck and appeared on everything from Des O’Connor Tonight, Celebrity Squares, and Talking Telephone Numbers, to Talking About Sex for Channel 4.

In 1998 Sean was awarded the title Comic of The Year by Time Out Magazine. Sean has appeared at the Kilkenny, Cork and Montreal Comedy Festivals.