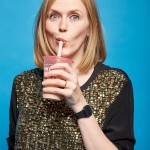 Demanding attention as a child but having parents who could only offer her love, Pippa Evans took to the stage in church hall pantos but soon moved on to TV work with Saturday Disney, Newsround and Finders Keepers being just some of the kid’s shows she appeared on.

After an adolescence spent as ‘the fat kid’, she soon graduated, as most fat kids do, to become “the funny one”.

Pippa spent a gap year spent teaching wolves how to search for water, then started working in the more aggressive field of stand up comedy.

Since then, Pippa has appeared around the world in various guises, touting her wares in Australia, Switzerland, Hong Kong, Singapore, Norway and even Manchester.

Television appearances include Live at the Electric– BBC 3, Drunk Histories -Comedy Central and The Dog Ate My Homework-CBBC and, most recently, Alan Davies’ ‘As Yet Untitled.’

Pippa can be heard regularly on Radio 4, including The Now Show, Fifteen Minute Musicals, Newsjack and as various voices in different bits and bobs. 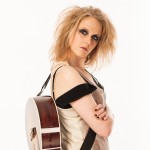 Pippa’s best known alter ego is Loretta Maine – a bunny boiling, singer/songwriter from the USA who The Guardian described as ‘Dolly Parton seen through the lens of Mike Leigh’ and Chortle neatly summed up as ‘Maine makes Courtney Love look well-balanced.’

‘The finest female character comic around.’ Time Out   ‘A fantastic wreck of a human being and a great comedy conception.’ Chortle