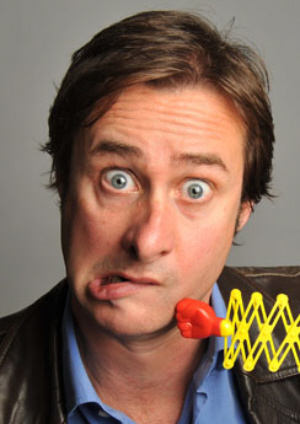 Shakespeare Globe Theatre and filming in far off lands, before returning to his new found passion. An engaging and instantly likeable comic, Paddy combines topical material with observational routines. Paddy has supported many touring comics such as Rhod Gilbert, Lucy Porter and Micky Flanagan. Whilst playing all the usual big clubs, Paddy likes to gig the smaller ones too. Otherwise life gets too predictable. When not gigging all over the UK, Paddy tries to play the piano to help him unwind.

As an actor Paddy has already clocked up a pretty impressive list of theatre, film and TV credits. As an accomplished comic actor he has had flattering reviews in many Ray Cooney farces. “beautifully played and surprisingly moving” The Stage. He’s also an excellent voice-over artist and has voiced and appeared in numerous commercials.

“Comedy the way it should be: A laugh-a-minute which leaves the audience wishing the show was just a little bit longer.” Fest