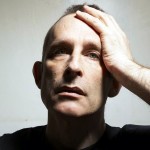 Carrot and Rory Bremner. The lure of the limelight proved too much though and he was soon on stage himself telling the gags he had written.

Nick has made numerous TV appearances in Britain, Canada and the United States, and career highlights include being nominated for a Perrier Award and writing and appearing on the ground breaking Channel 4 sitcom ‘Drop the Dead Donkey’.

His live act encompasses satire, a scarily accurate Winston Churchill performance and a one man impression of the dawn chorus that is considered to be one of the best finales in the business.

“Satirically brilliant. Travel miles to see him”  The Guardian