MIKE NEWALL is based in Manchester but originally from Stockport. You might be thinking ‘isn’t Stockport in Manchester?’ and you’d be right, 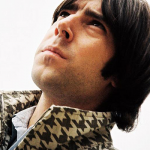 but it’s in Greater Manchester and some people can be pedantic.

Mike’s timing is the envy of performers with ten times the experience and is proof that some people are just funny. His laconic style and demeanour is possible because of the strength of material and on stage presence.

In 2011 Mike was asked to headline Edinburgh Fringe’s prestigious Big Value Comedy’ early show and in 2013 was personally asked to be the support act for Alun Cochrane’s 2012-2013 ‘Moments of Alun’ tour.

“His timing is pin sharp, his control is deft and his hair is immaculate” The Scotsman  “Effortlessly likeable” The List