Winner of Best Live Stand Up in the first ever UK Comedy Awards,  Mick Ferry is a highly original comedian and compere with a wealth of original material. Peerless improvisational skills have made him a 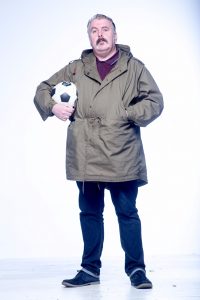 “See him or regret it,  a great comedian.”  John Bishop

Mikc played ‘Uncle Mick’ in  the anarchic kid’s show ‘Funz and Gamez’ alongside Phil Ellis, Will Duggan and Jim Meehan. The cult hit of 2014 Edinburgh Fringe was initially ignored by the judging panel until an ad hoc campaign of critics and comedians swayed their decision and they won the coveted Panel Prize for shows that best represent the spirit of the Fringe.