Warning: include_once(): Failed opening '/homepages/25/d444154067/htdocs/customers3/iwantacomedynight/wp-content/plugins/wpyii2/wpyii2.php' for inclusion (include_path='.:/usr/lib/php7.2') in /homepages/25/d444154067/htdocs/customers3/iwantacomedynight/wp-settings.php on line 428
 Martin Mor. Could he be UK comedy's most versatile performer?I want a comedy night!

Originally known as ‘Martin Big Pig‘, Martin Mor has been a mainstay of the circuit for decades. A former circus acrobat, Martin turned to 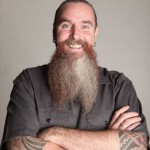 stand up after sustaining a serious injury in the ring. He is also one of the few acts who can claim to have performed on Radio 4’s ‘Woman’s Hour’ as well as in an Italian prison. Although his club work is certainly geared towards adults (Martin has worked extensively with Frankie Boyle) he is an immensely flexible performer and regularly performs ‘clean’ shows for families and kids.

A truly international performer Martin has spread the love at virtually all of the world’s comedy festivals as well as gigging in some of the less popular ones too! 2016 saw him appear in Burma as well as doing a show at Mount Everest Base Camp alongside Tom Wrigglesworth, Mickey D and Wayne Deakin that raised money for Save The Children.

Probably one of the most versatile comedians we have ever had the pleasure of working with. If you would like someone to host a family comedy show in the afternoon then get down and dirty at your biker festival in the evening then Martin Mor is most definitely your man!

“A very funny lad, with the best beard in the business”  Johnny Vegas

“He had all the VIPs shaking with laughter, and engaged on the right level with everyone.  Thank you so, so, so much.”  Helene Cooper. Northern Beats