Former tabloid journalist JOHN WARBURTON has headlined comedy shows from Doncaster to Dubai, and at lots of places inbetween. A 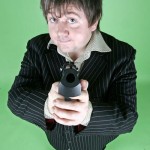 regular at all the big weekend clubs around the UK, he counts the BBC, MUFC and Rockstar Games amongst his corporate clients. His award-winning powerhouse performance will leave you gasping for breath and his unique blend of one-liners, observational comedy, the occasional song and surreal flights of fancy make him a sure-fire hit with any crowd.

Touched by fame from an early age as a child he was baptised by the father of Timmy Mallett (apologies to anyone born after 1990 who won’t have a clue what that means), and was taught biology at Altrincham Grammar school by Fred Talbot (again, apologies if you’re not a big daytime TV fan). In 1999 John went on tour with the Happy Mondays at the behest of his friend Shaun Ryder, to write the hilarious and acclaimed rock biog ‘Hallelujah’ (“A rollicking, relentless read” Daily Mirror). He is also known to thousands of brickies from his long running column in the Sunday Sport. He was also behind some of that paper’s more ‘creative’ headlines.

John made his big screen debut in 2010 alongside Robert Carlyle, in big budget action thriller The Tournament and appeared in Coronation Street as Barry Sidwell.

“A great mind and outstanding comedic imagery” The Guardian        “Brilliant, brilliant. Watch out McIntyre.” The Sun

“Warburton is much in demand at the moment. His set bursts with clever wordplay and smart-Alec asides.” Time Out