John Lynn’s easy going laid back delivery makes him an instant hit with audiences. Within months of starting stand up John appeared on TV, a remarkable feat for a newcomer. 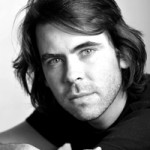 The cornerstone of his act are his thoughts on the pros and cons of singledom versus long-term relationships, such as the one he is in. Tightly written routines on the topic, with fine observations build into a very satisfying segment which will strike close to home for many.

At his peak, Lynn is like Tommy Tiernan played at the wrong speed: relaxed in his incredulity at his domestic situation rather than ranting and raving at it. Other times he might be a bit too laid-back for his own good, suggesting that even though he’s one of Ireland’s fastest-rising stars, there could still be more to come..

“A gem like performance” Sunday Independent      “Hilarious” The View