Probably the most multi-national comedian you will ever see, Javier Jarquin started out joking around at high school before cutting his teeth on the New Zealand circuit. Resident in the UK since 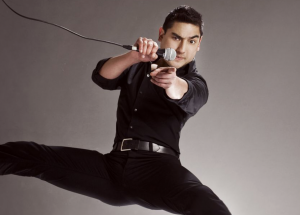 2010, the change of country has occasionally baffled this observational comedian;

After winning the 2007 ‘So You Think You’re Funny’ competition in Christchurch Javier performed at New Zealand and Melbourne’s biggest comedy clubs, on television and was a core member of New Zealand’s longest running comedy show: Scared Scriptless. A unique and extremely adaptable performer, Javier has won numerous awards ranging from ‘Best Show Wellington‘ at the 2010 New Zealand International Comedy Festival right up to ‘Best National Artist‘ at the World Buskers Festival!