JASON JOHN WHITEHEAD (AKA J.J Whitehead) has more stamps in his passport than your average comedian. He is a regular at international comedy festivals in 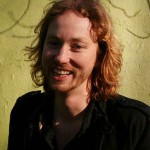 Australia, New Zealand, Ireland, UK, Holland and his native Canada as well as regularly headlining British  clubs such as The Comedy Store, Jongleurs, Highlight and The Glee Clubs. He has also recorded two full length comedy albums which can be found rated on itunes and he also has a TRIPLE length,( yes that’s TRIPLE length!!)  DVD available through his web site.

In 2012 JJ recently finished a world tour of his critically acclaimed one man show ‘Letters From Mindy’ and has joined his friends and former flat mates Jim Jefferies and Steve Hughes on their tours to wrap the year. 2014 should prove just as adventurous for JJ as he plans a return to several of the festivals that helped him build his name.

A new resident to Los Angeles JJ has moved accross the ocean to join Jim Jefferies on his Day Streaming Tour and introduce his comedy to Americans. If you like biting satirical stand up comedy with a swagger then you should catch JJ Whitehead as he comes through a town near you.