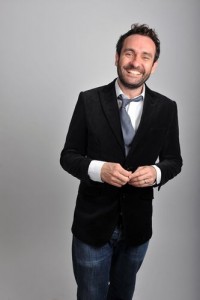 A regular at many top clubs, including the famous London Comedy Store. he spends several months a year delighting Australian audiences and has sold out the Melbourne Comedy festival three years running. Other international highlights include selling out a 700 seat theatre with a solo show in Mumbai, a solo show in Indonesia and headlining the inaugural Serbian comedy festival. More challenging places include Afghanistan, The Falklands, Kosovo and Liverpool.

Award nominations cane from both the Edinburgh Fringe and the New Zealand Comedy Festival.