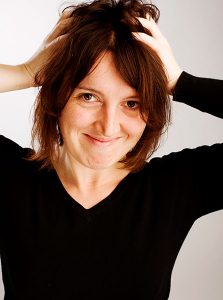 could tell jokes to strangers. This proved to be a very prudent move indeed as within a year Eleanor was popping up on Ireland’s main TV channel, RTE as well as BBC’s One Night Stand with her thought provoking and occasionally surreal brand of stand up all delivered completely dead pan.

The usual run of circuit and festival appearances followed covering everywhere from Galstonbury to a biker’s bar in the Phillipines. Tour support work has included Stewart Lee, Reginald D. Hunter and her better known cousin Tommy.

Expect to see a lot more of Eleanor as she is now based in London where she makes social faux pas and loses things on public transport.

When not telling jokes or performing in sketches and sitcoms Eleanor regularly contributes to newspapers, magazines and websites.

“Tiernan boasts a magnificent curl in her lip and snarl in her voice.” Sunday Times

“The fastest-rising comedy talent in the country” Irish Times