I, Daniel Blake star Dave Johns was an inventive, exciting and extremely funny comedian long before he landed the role that made his name. Dave has won applause from his audiences, 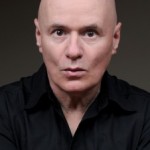 respect from his fellow comics and rave reviews from the critics. A regular guest on comedy panel shows ‘Never Mind The Buzzcocks’ and ‘8 Out Of 10 Cats’ he also starred in the BBC3 late night sitcom ‘Dogtown’.

He has acted on the West End stage with Christian Slater in the stage play ‘One Flew Over The Cuckoos Nest’  and ‘The Odd Couple’ with Bill Bailey and Alan Davies at the Assembly Theatre, Edinburgh.

In 2015 Dave Johns bagged the title role in celebrated director Ken Loach’s new film  I, Daniel Blake, in which he stars alongside Hayley Squires. The film won the coveted Palm D’Or Award at the 2016 Cannes Film Festival and is due for UK theatrical release in October this year.

” He shifts from the sublime, to genius, to uproar in the blink of an eye – An extremely entertaining hour.”   The Guardian

” He performs comedy’s greatest magic simply by being himself. A genuinely funny, engaging performer”  Glasgow Herald