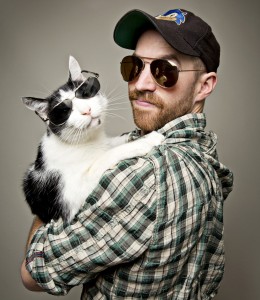 Aussie boy Damian Clark burst onto the UK comedy circuit in 2012 after serving a brief apprenticeship in Ireland where his high-octane observational stand up certainly caused some waves with regular appearances on both RTE and TV3 as well as writing and co-starring in ‘I Dare Ya!’ which became the highest rating Irish comedy debut to date as well as an Irish Times critic’s choice.

Clark’s infectious energy and childlike outlook has had audiences in hysterics from the get-go and he was snapped up immediately to appear on both BBC and Comedy Central within a very short time of landing on British soil.

Damo’s rambunctious and uplifting stand up continues to tour clubs and festivals across the UK, Ireland, Europe and beyond. Topics can include his quirky cat, proposing to his girlfriend or more familiar ground such as Facebook but his sheer energy and enthusiasm spruce the subjects up to a point where they feel as fresh as a daisy.

“Clark had the audience reeling with laughter…he is scorchingly funny and charmingly engaging.” Three Weeks