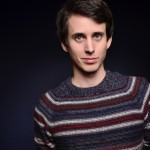 Chris Stokes has made something of a name for himself as an original, intelligent and damn funny comedian. This  former RSPCA van driver hails from the South West and his act has been described as playing on social  misconceptions and dismantling them on stage via gag-packed first-hand anecdotes told with a charming and offbeat  sincerity.