Allyson Smith has been tickling Canada’s comedy scene from the moment she put down her chalk and picked up a mic. Playing to packed rooms 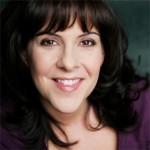 has become like another day in the classroom for this former schoolteacher.

Credits include her own show on Canadian television and three appearances at Montreal’s prestigious Just For Laughs Festival.

She has performed for a wide range of audiences from corporations to the most rural gatherings. Whether she was the compere, support or headliner, she has delighted them all.

Currently based in the UK her sassy blend of in-your-face stand-up and hilariously insightful commentary has ensured a very full diary. Alison often provides tour support for Stewart Francis and Jason Manford as well as co-hosting Jason’s Absolute Radio show.

“Simply one of the funniest comedians I’ve ever worked with. Can play any crowd and always has them laughing their heads off. She’s gonna be a huge star” Jason Manford

“Allyson Smith reminds me of a younger, prettier, funnier me. Now if you’ll excuse me, the ladies from my bridge club have arrived.”  Stewart Francis